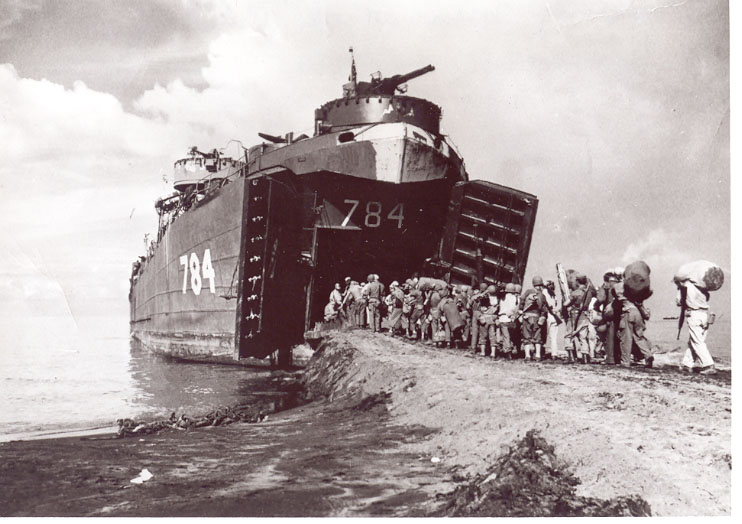 During World War II, thousands of ships were built and many hundreds were lost.  The war effort caused a major buildup of ships for many different purposes.  Most of us are drawn to the aircraft carriers or the battleships but without the support ships, most major battles would never have even taken place.  The support ship LST784 was also known as the USS Garfield County.  The LST classification of craft is for Landing Ship, Tank.  This class of ship was specifically designed for transporting troops, vehicles, and supplies to beaches for offensive military operations.  Their uniqueness allowed them to off load on the beach without the need of dock facilities.  This is the craft that took the troops and vehicles in then followed up with the support materials.  Most ships of the LST class were about 300 ft. long and usually sported a flat keel, which allowed the ship to be beached and still remain upright.  Most bows of LST class ships had a large door that opened directly on the beach to offload supplies. During WWII,1051 LSTs were built.

View all posts by Slader Matthew